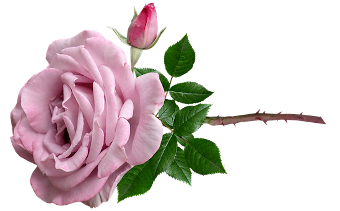 I had heard of foot-washing ceremonies, but had never experienced one. When Pastor Luke announced a unique way of celebrating pre-Easter with a foot-washing service, and an all night prayer meeting, including an experience like the persecuted believers in (then) communist Romania have, when they have to meet in secret, followed by a breakfast early on Good Friday morning, well, I looked forward to it. The youth were invited to take part, but as my friend Shirley and I talked to others we got the impression that not many of our age, or the seniors were very enthused. Many of them had excuses, like traveling or family needs.

That experience turned into my fondest, best Good Friday memory. I still tear up when I think of that night-long prayer service at church with the simulated secret Believers' meeting.

About 30-40 came for the Thursday evening service to commemorate the Last Supper. There was a muffin and juice break so that those who didn't wish to stay for the night could go home without embarrassment. However, Pastor Luke announced that anyone could leave at any time during the night if they felt they could not stay through until the morning.

One older single woman, our treasurer, stayed with us and the young people for a time. By us, I refer to the pastor, and my friend Shirley and myself, and some university students, about 20-25 people were the ones who stayed all night.

We went back to sit in the front pews in the sanctuary where we had just had the evening meeting, and Pastor Luke read the Bible passage about Jesus washing His disciples' feet, and explained how we would do this. Some basins and towels were brought in and we paired off and spread out a bit. A young university student washed my feet first and then I hers.

The oddest emotions washed through me as Sandy washed my feet. A tenderness that someone would do this for me, then the realization that Jesus cared for me enough to serve me like that too. It didn't take but a few minutes, yet it had me tearing up. When it was my turn to wash Sandy's feet I felt bonded to her in love, while she experienced the emotions and awe at the Lord's love and humility.

As we returned to our places, I could see Shirley was deeply affected too.

Now, we began a a series of prayer times for different topics.

After a short talk on prayer by a layman, various people stood to pray aloud for current events around the world that were in the news those days and also to pray for our national, provincial and local governments.

Another lay person shared Scripture and thoughts about prayer, and the pastor reviewed a list of prayer requests from our missionaries, and we broke into small huddles to pray for these requests.

In about 15-20 minutes we returned for more Scripture and words about prayer, and then broke into pairs or triplets to go off into smaller huddles with a copy of the church directory in hand and each huddle was assigned to pray for one or two pages of the families and names in that directory.

Juice and muffins remained on the table in the foyer, for those who needed sustenance between sessions, but the night was going on at quite a pace, and I hardly noticed. I certainly wasn't hungry. I had already decided that this was my best Good Friday memory ever.

Pastor Luke explained that we were going to try something very different. We should all go off alone to pray for ourselves, and to rest up for a while. All the lights would be turned off except for the exit signs over outside doors.

In approximately half an hour we should slip quietly into the foyer, and someone would meet us with a flashlight to guide us to the secret meeting place of the saints. The believers in a communist country never travel openly or in large groups because it is easy for someone to report to the authorities that there is a meeting going on somewhere. A wrong move could mean the death of yourself and likely some other believers. Discretion was the word. Nor could we bring our Bibles with us. They had to stay behind because most believers in such situations don't own a Bible.

Sure enough, when I went quietly into the foyer Jan met me with a flashlight and led me to the back of the platform in the sanctuary where there was a ladder on the wall up to the attic. (I had no idea it was ever there!) Ladders are never fun for me, but I tried it and got up to the church attic, and found several others were already there, sitting on boxes in a circle. A few more were led to this hiding place in the next while, but our numbers were reduced to about 15. The older single lady had to go home when she discovered she would have to climb the ladder. we felt badly for her.

When the guides joined us the pastor began a very quiet service. We dared not sing aloud, but hummed quietly while a young university couple (engaged to each other) led us with a very softly strummed guitar. Since we had no copy of the Bible we had to go around the circle and each person had to quote some Scripture verse that they knew for memory. Most of us realized to our shame, that we could recall very few.

The pastor had memorized a longer passage of several verses and preached on that in a quiet, conversational tone.

Somewhere below a door slammed and we all started with fright, as if we had been discovered. We were quiet for several minutes before the pastor continued his message.

We prayed quietly but earnestly around the circle, for each other, and for the believers in free countries like Canada and the USA.

Finally Jan, as our hostess, passed around a plate with small wedge cuts of a couple of oranges.

With the pastor's instructions to go find a quiet corner to have some time with the Lord all by ourselves until we were called for breakfast in fellowship hall, we began to slip away one by one. About five to ten or 15 minutes were allowed between each departure, so that no "neighbours" (pretended) could tell that there had been a gathering at this place.

At 7 am. we could hear and smell breakfast, and a call came out to join together there to share a meal and report on our experiences. I tell you, there was hardly a dry eye in the place, as many of us had been profoundly moved by the whole night's experiences. The bacon and eggs tasted exceptionally great too. As we shared our feelings over breakfast it was obvious that the simulated Secret Believers' meeting had affected us all deeply.

I went home after that for a nap of a few hours, but that whole Easter weekend had a tender and emotional veil cast over it. I don't recall much else about that weekend, but a spiritual richness rose like a strong perfume that lasted for a number of days later. It truly has become my best Good Friday memory - ever!.

Back to Intimacy Index ~ Back to Ruthes-SecretRoses.com