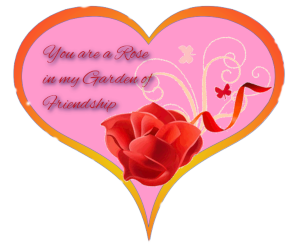 I spent the last two Sundays drafting and polishing my Christmas letter. I edited it and added a bit more yesterday, and have begun my preparing my Christmas Letter to go out to about 80 places.

For years I used to make batches of Christmas gifts. Like one year back in London, it was a large number of teddy bears, another year it was rag dolls, (although I gave them some class). When I moved back to my parents' house in Hague, I had even less funds for materials to create gifts, and so I had work with what I found around the house - recyclables, like cereal boxes, remnants of fabrics to make fancy photo frames, and so on.

After a few years though, I came to realize that my family members were not that impressed with my creative gifts. I was repeatedly reminded that I didn't have to give gifts. I felt secretly crushed, and after a few years of this I decided to focus on making Christmas cards for my pen pals scattered far and wide. I was already writing a monthly newsy letter, so I just tucked it the card, and I just had to spend extra money on postage.

Once I got busy online and had very full-day schedules for things to do there, it got harder to take off time for making 100 Christmas cards and well enough ahead so that they might arrive at their destinations on time. Some Pen Pals were kind enough to write back and rave about my cards and letters, but the majority of them, (to quote one of Dad's expressions), didn't make a "Baa" nor a "Maa" sound. I had no clue what they thought of my creative efforts.

In the last few years I've concluded that I may be the only one in the world who files and saves the Christmas cards I get in the mail - ESPECIALLY - if there is a personal note inside! I hear some people just barely wait until after New Year's and then they chuck all the cards they got into the garbage.

So now I'm reduced to just working on a Good Christmas letter and I send it out to all who have been in touch with me through the year, and I include relatives who NEVER write or phone, because I want to show them that I have no hard feelings against them, and just in case - maybe they will be curious enough to see what's gone on in my life all year.

There is that older generation who do not have computers or internet, so they are the ones who most appreciate my letters. I do have a giving heart, so I feel like at least for THEM, I must keep this up.

I just heard Elizabeth Elliott (on BBN radio) reading about a minister who ran a Bible School in Maine, in the 1800s, and he strongly believed in the value of giving gifts, even if you had no money, so for weeks in advance of Christmas everyone - all the adults and the children, worked at making gifts for everyone else on that campus. Even the children would make, for example, lamp-lighters, twists of newspaper that could be used to bring a flame to a lamp from the stove or hearth, and thus save on matches. Everyone there learned to be a giver out of whatever they had or could find for free. - Yes! Those are my kind of people!

Say, what is most important to you at or about Christmas? Giving? Getting? Eating? Visiting? Traveling? ...What else?